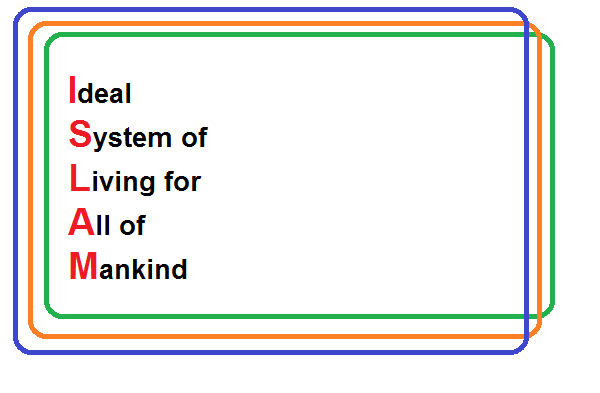 Islam religion is not just a relation between man and God but it is considered an ideal system of living for all mankind.

The literal meaning of the word Islam is ‘peace’. It is a religion that was revealed to Prophet Muhammad (PBUH) over fourteen hundred years ago in Saudi Arabia. As per Muslim beliefs, Islam is the last religion that Allah Almighty has sent for the guidance of mankind and there won’t be any other religion following it. Moreover, Islam is not just a religion that gives only the religious way of life, rather it is complete code of life and speaks about every matter of life, whether it is economics, politics, or social life and so on.

The Holy Quran is the miracle of Islam.  It is the Divine Book that was revealed on Prophet Muhammad (PBUH) over the course of 23 years and it contains all the guidelines that Muslims require to stick to the path of righteousness. Due to this imperativeness and the fact that the recitation or reading of Quran comes with religious reward, millions of Muslims across the world learn Quran and try to understand the message that Almighty wanted to convey through it.

In addition to the Holy Quran, Muslims follow Hadith of Prophet Muhammad (PBUH), which are a collection of His traditions and sayings. Thus, when Muslims find any ambiguity in understanding Quran, they consult the hadith and find the practical implementations of the commendations of Quran.

Islam is based on five major pillars, which stand as an obligation for every Muslim and the absence of any of them leaves a void in the faith which is only completed when the pillars are  practiced. The first pillar is of Shadah, where a Muslim testifies to the Oneness of Allah and the Prophethood of Muhammad (PBUH) from tongue and from the heart. The second pillar is Salah, as per which offering five prayers on their prescribed time daily is an obligation upon every Muslim. The third pillar is Sawm, as per which it is obligatory upon every Muslim to fast in the month of Ramadan. The fourth pillar is of Zakah, as per which a Muslim is to give a certain ratio of his or her wealth in charity if the wealth they possess is more than the limit prescribed by Allah Almighty. The fifth pillar of Islam is Hajj, which is the pilgrimage that Muslims undertake to pay homage to the house of Allah in Macca. All of these pillars need to be practiced if a Muslim wishes to stay true to the faith.

In brief, Islam is a comprehensive way of life and speaks about almost every matter of life. You can say that Islam is a religion and life.