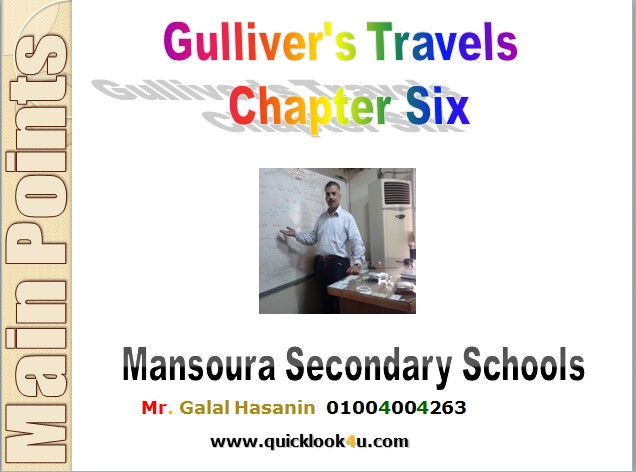 The king’s confusion and the three scholars’ opinions

The King did not know what to think of Gulliver, so he decided to ask for the advice of the best scholars in the land.

One of the scholars said he couldn’t understand how a man could be so small and stay alive in their country.

Another one said Gulliver wasn’t very strong or very fast and his teeth were too small to eat anything without help, unless he ate insects

After asking the farmer, his daughter and the Queen more questions about Gulliver, the king said that his scholars were wrong and what Gulliver said was true.

He also said the Queen could keep him and Glumdalclitch could stay as his teacher.

The Queen asked the palace carpenter to make Gulliver a comfortable home with a front door and large windows.

The problem of the bees

One day, when Gulliver was eating some cake, three huge bees flew in through his window. He pulled out his sword and attacked them, cutting off their stings.

One day, the King told Gulliver about his country.

In the north there are mountains that are forty kilometres high.

None can pass these mountains because many of them are volcanoes. No one in Brobdingnag knows what lies north of them.

The rest of his land has sea all around it, but there isn’t one harbour in all the country. The seas are all so rough that it isn’t safe for boats to go out into them, so they’ve never travelled to other countries. Their rivers are full of fish, so they don’t need to go fishing in the seas.

There are fifty-one cities in his country and a great many towns and villages.

The heavy rain, the dog and the frog

One day, a monkey got hold of Gulliver and quickly climbed up onto the roof of the palace.

When the servants got ladders to rescue Gulliver, the monkey put him down alone and he was afraid that the wind would blow him off the roof.

A paragraph about : My school trip